As an African-American expat living abroad, Chicagoan Carolyn Davenport-Moncel is Simply Souperlicious’ founder and “Souper-in-Chief”. Carolyn has lived in Paris, France and now Lausanne, Switzerland for nearly 20 years combined. She travels with her family and returns home whenever possible. Despite the moves and travel, one thing remains constant: Carolyn loves soup! 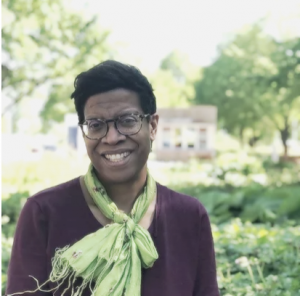 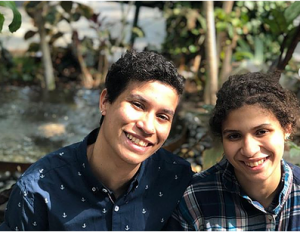 ​As a busy writer/author, digital storyteller, digital marketing and media consultant and single mom of two children (one teen and one new adult), finding time to put healthy and fast meals on the table hasn’t been always easy. In fact, most of the time she failed – miserably, mostly because a) she absolutely hated cooking; b) she resented feeling as if her cooking skills (or lack thereof) at times somehow signaled something bad about her parenting skills; and c) she didn’t have a love affair with eating vegetables. She realized that her challenges mirrored that of others in her home country, but also others around the world.

A routine medical visit forever altered her perspective, and she realized that by consciously adding one or two servings of fruits and vegetables extra to her diet, she could stave off future preventable illnesses. Following friends over social media, she could see that others – particularly in her own age group, were struggling with the same challenges. Dietary adjustments made could affect the entire family, but for the better. Soup preparation every week became an easy way option for making the change.

Changes in diet and lifestyle for the family included:

By simply making these changes plus exercise, Carolyn lost 40 lbs in six months. Not only is the family eating much better and making better food choices, but Carolyn found that her family’s taste buds became keener and everyone really wanted to try new fruits and vegetables, and rarely were they disappointed. The grocery bill didn’t get smaller per month, but the savings came in being able to plan and store meals for a later date.

Everyone can make soup

One doesn’t necessarily have to be a chef in order to make a great soup, although we all can learn from their experience and techniques in making our soups taste even better. Eating healthy does not have to expensive, labor intensive nor difficult. Quite the contrary. Discovering new fruits, vegetables, herbs, spices or flavors is what keeps soup creation interesting.