In Celebration of Juneteenth with Watermelon and Hibiscus Juice

by Carolyn Moncel • 2 years ago

Happy Juneteenth Day! It’s wonderful to finally see this day observed as a Federal Holiday back home in the United States. 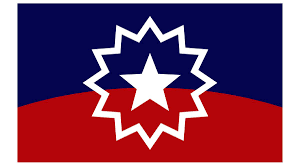 While the origin of this holiday and its many other names, “Jubilee Day“, “Freedom Day” or “Emancipation Day” still may seem new to some, actually Juneteenth is already an annual celebration in many municipalities around the country. The observance marks the day (June 19, 1865) when news of emancipation finally reached enslaved African people in the deepest parts of the former Confederacy in Galveston, Texas. The Juneteenth flag is red, white, and blue, meant to signify that formerly enslaved people and their descendants are and forever will be American citizens.

Growing up in Chicago, while I learned of the historical significance of the day in school from an African American order of Catholic nuns, it was mostly through my relatives from Texas and the western States that I learned anything at all about the direct cultural expressions – especially, the importance of the color “red” to food. For instance, the color “red” symbolizes the blood shed on the pathway to freedom. Red is used everywhere — from the foods eaten, to festivals planned to the official flag itself. Check out the Netflix series, “High on the Hog” to find out more! 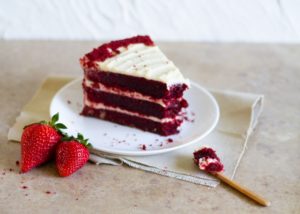 My mother’s favorite cake was Red Velvet Coconut cake. She never said why, but I always suspected that it had everything to do with her childhood and growing up in the Mississippi Delta. Even though she wasn’t from Texas, the cultural expression still became a part of her life too – even though in less-pronounced ways. As I look around, recalling all of the foods that we ate growing up as a family, their connections now all make sense. I just never realized how much until recently. Being so far away from home does make you think. 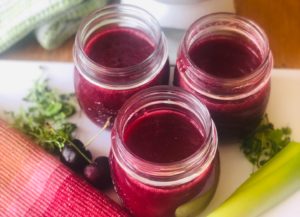 On this beautiful day, I didn’t make a Red Velvet Cake. Why? Because it never comes out as beautiful as my mother’s no matter how hard I try. Most of the time, it’s just pink!!! So today, I thought that I’d keep my contribution safe and easy: Watermelon and Hibiscus juice. It’s beautiful and so refreshing on such a hot day, like we’re experiencing here in Lausanne! Check out the recipe below and enjoy!

Add all of the ingredients to the blender and pulse. Strain the juice and serve. Store in the refrigerator. Serves about 8 cups.

Carolyn Davenport-Moncel is a digital media and communication consultant, author, mother, contrarian, book, music and reformed veggie lover and Founder and Souper-in-Chief at Simply Souperlicious, a platform devoted to helping fans "fall back in love with veggies" -- one local, seasonal, soup recipe at a time. Follow her veggie and soup journey on social media @simplysouperlicious.