A Guide to Brunch in Barcelona

by Eryn Barber • 1 year ago

Of course by the title of this article you know I’m a millennial. Who else loves an overpriced in-between meal more than someone born between the 80s and 90s? Lots of baby boomers and generation X like to blame our lack of money on the fact that we like to spend it on chai lattes and avocado. Let’s just say I think it’s the two market crashes, ever increasing house prices and a pandemic that might have caused it, not a £10 meal. 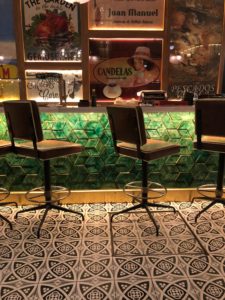 But let’s not be bitter. Brunch has been growing in popularity and now people of all ages are enjoying what is known by the Lord of the Rings crowd as ‘elevenses’. Because, who wouldn’t want a late breakfast or an early lunch if the option was there?

I based my whole trip in Barcelona on the best places to eat, everyone does that right? Let me tell you, I found some crackers, in fact they were so good that I feel obliged to share them. Not doing so would be a sin.

I don’t usually like to choose favourites, but I can’t help it with this one. I might even push to say that this was my favourite brunch ever. La Papa, like the best places to eat, isn’t close to the hustle and bustle of the tourist crowds.

I chose whole wheat pancakes, gloriously topped with yoghurt, dates, cream and berries. There was also a chai latte on the side (I can’t help it, I’m a millennial). The best thing I can say about the dish is how balanced it was. Most bruncheries opt for overly sweet pancakes, overloading with toppings that leave you just on the cusp of sickness, but that wasn’t the case here. The whole wheat pancakes were savoury enough to save the day and I could just keep going.

I can’t mention food in Barcelona without talking about La Boqueria. It’s the mothership of food markets and where I spent 70% of my trip. The market is so overwhelming that it will actually leave you feeling a little disappointed that you can’t try everything in there, but you can damn well give it a go.

This isn’t necessarily a place for brunch, you could go for any meal of the day, but can you think of anything better than nipping into the market for a tapas board and fresh fruit mid-shopping trip? Because I can’t.

Extra doesn’t even begin to describe the food and drink at Brunch & Cake. Two words might begin to explain the level of fantasm that this place brings to their meals: rainbow yoghurt. Yes. My breakfast wrap was served with baby pink and pastel blue yogurt. How did I know it was yoghurt? I’ll be honest I’m not even sure that’s what it was, but my best guess is that it was a natural yoghurt.

This place is all about Heston Blumental does brunch. I had a sausage, chicken and egg breakfast wrap with sweet potato, whilst my friend had charcoal waffles served on a shovel. Very artsy but I just hope they cleaned it after using it for its actual purpose. You will not be disappointed if you go here looking for something a little different.

A personal trainer and content writer, with a background writing nutrition and fitness articles. Her main passion is anything and everything to do with food. She is a keen baker and loves writing about her experiences with food. Follow her work-outs on Instagram @erynbarber.